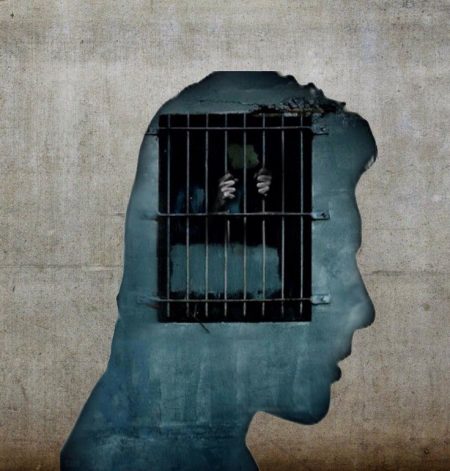 Evil is a state of utter decline from God, of light and of love.

It is hard for those who allow evil to become their “nature”, proud, extremely darkened, cold, jealous, envious, malevolent …

How proud and self-satisfied they are taught to always look at themselves and feel insecure and threatened when another person will appear.

They will first try to underestimate, subdue, and subjugate, and if they do not succeed then they will want to destroy the person by being slanderous and inventing untruths as a reason. There is no room for reconciliation and a feeling of compassion in them, and for them the rule applies: “the goal justifies the means”. They refer to some rules and laws while destroying specific individuals.

And the evil has its own degrees and categories.

The evil that comes through the captivity of the sensitive part of the soul, this occurs in the heart and is actually powerlessness and it does not go to the end. The mind, which is the verbal part and leads the soul, is somewhat free and with prayer and restraint can limit that energy from anger and turn it into love.

But the evil that comes through the mind’s part of the soul is much worse. In this case the verbal, moving part of the soul is captured and they hate consciously and consciously think evil. The feeling in them is extinguished because they have to satisfy their passion, which is to not submit to and prove their “fairness”, or rather vanity, imagination and self-sufficiency. They do so consciously with intent, and this is already the blasphemy of the Holy Spirit. Such are the demons (fallen minds) and such are becoming подобни (similar) to them, and the release of this kind of evil is almost impossible.

For such it remains only to cry and to guard our selfs against them.

How much we are enslaved by evil depends on the circumstances and how much we have allowed the demon to take up space in us.

Created according to the image of God, no one is evil by creation. Only the demons are evil by nature, and we become evil upon allowance. However, the responsibility is ours, because we ourselves have fallen out of good into evil and it has been allowed to take control over us. As free beings we decide which choice we make.

Let us think of our short and unpredictable life here on earth and to fight evil so that we do not allow it to dominate us. For the wicked there is no place in the kingdom of God, for His kingdom is a loving community. The Lord created us for eternal joy and eternal life in communion with Him and the heavenly Church. Amin.